Philippine volleyball fans, are you ready for this year’s SEA Games in Manila?
The Philippine national men’s and women’s volleyball teams have released their official line-ups for the games, featuring a pool of talented professional and competitive players. Here is a look at our Volleyball representatives eyeing a podium finish in the regional meet.

Joining the men’s national volleyball team are talented players who have made their mark in the sport. Headlining the team is a powerful trio collectively known as BAE (a playful acronym of their surnames), and their team captain John Vic de Guzman. 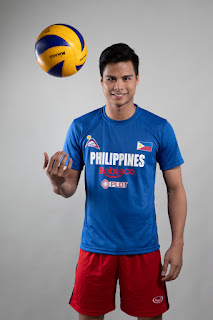 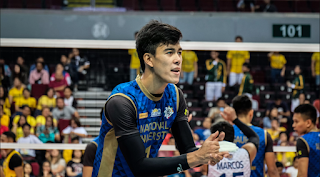 Bryan Bagunas
Bryan Bagunas is a collegiate MVP and Japan-based pro player. Bagunas led the Bulldogs to two UAAP championship runs and finished his storied collegiate career with two MVP titles. The 6-foot-5 athlete portrays his power on the court through his long wing-span and powerful spikes, taking his talents not only to the Philippine national team, but also to the Oita Miyoshi Weisse Adler volleyball club in Japan. 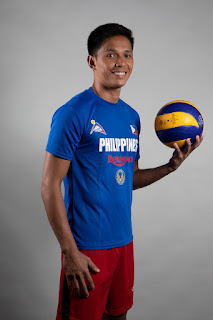 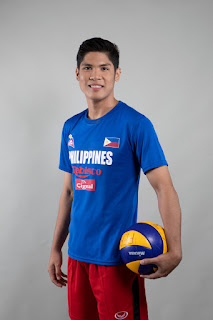 Marck Espejo
Marck Espejo is the country’s first ever “Mr. Volleyball,” proving himself a force to be reckoned with. Espejo’s crowning achievement is winning the Most Valuable Player in Ateneo de Manila University’s three consecutive championship seasons from UAAP Seasons 77 to 79, along with Rookie of the Year, Best Attacker, Best Server, and Best Scorer awards.
Together with Bagunas, Abadilla, Espejo, and De Guzman, the Men’s National Team, coached by Dante Alinsunurin, is completed by these talented players:

The star-studded and jam-packed women’s team is headlined by the best and brightest volleyball stars of this generation. Led by Coach Cesael delos Santos, the team hopes to earn home court advantage as they look to bring back the glory days of Philippine volleyball.

Some of the headliners are: 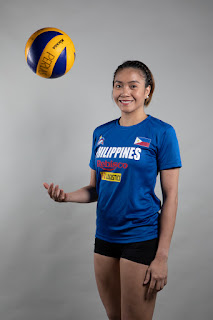 Aby Maraño
A champion professional and collegiate MVP, women’s national team captain Aby Maraño plays with a burning passion under the mantra Beast Mode Don’t Care, or BMDC. Maraño shot to fame in her college days playing for the De La Salle University Lady Spikers, where she helped the team win an impressive three consecutive UAAP championships, earning two MVP awards along the way. Maraño has also had a successful pro career thus far, winning six championships in the Philippine Super Liga, five of which were with the F2 Logistics Cargo Movers. With this dazzling resume of accolades under her belt, Maraño will be looking to lead the team in dominating the field at the 2019 SEA Games this November. 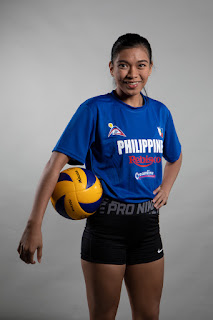 Alyssa Valdez
Alyssa Valdez, affectionately known as “The Phenom,” is one of the most popular athletes of her generation. She’s best known for her time as a star player of Ateneo de Manila University during her college days, where she unceasingly led her team to two UAAP and two Shakey’s V-League championships, as well as numerous individual awards for her amazing play, including three MVP awards. Valdez has also been a standout in donning the Philippine tri-color in international tournaments, as well as in her pro career, leading her current team the Creamline Cool Smashers to two Premier Volleyball League championships in 2018 and 2019. 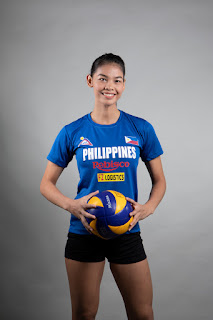 Majoy Baron
Majoy Baron is another champion pro and collegiate MVP.  She is truly unpredictable when she starts hitting it out on the court. She led the De La Salle University Lady Spikers to three consecutive UAAP championships, where she also won individual awards because of her commendable performance. Baron’s pro career is also flourishing, helping take the F2 Logistics Cargo Movers to five PSL championships, including the recently-concluded 2019 PSL Invitational Conference, in which she also won MVP. Baron is not new to international volleyball tournaments—just recently, she was named the Best Middle Blocker in the ASEAN Grand Prix held in Thailand and the Philippines. 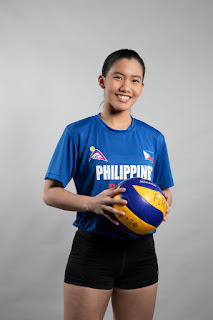 Jia Morado
Jia Morado is an award-winning pro MVP and former college standout who has previous experience representing the Philippines in the SEA Games. During the recently concluded 2019 ASEAN Grand Prix, Morado made noise by setting the pace for the national team during its five-set victory against Vietnam. Netizens praised her outstanding performance, with some describing her playmaking as a “game changer.” Her pro career with the Creamline Cool Smashers has seen incredible accomplishments so far, with two Premiere Volleyball League championships playing for the club.
Completing the promising women’s national volleyball team in the 2019 SEA Games are:

Cheering as Sambansa in the 2019 SEA Games
Now that we know who will represent the Philippines at the SEA Games this November, don’t be shy to show your support! Both the men and women’s teams have been busy preparing with the help of various organizations and companies such as Rebisco, and they will need all the support they can get from their Filipino fans as our players look to play their best against the top talent of Southeast Asia and bring home the gold.
The volleyball tournament of the 2019 SEA Games will be held from November 28 to December 10 at the Ninoy Aquino Stadium, Rizal Sports Complex, Manila.
For more info and updates on the Philippine national volleyball team, follow Rebisco Pilipinas on Facebook (facebook.com/RebiscoSambansa/), and on Twitter and Instagram at @RebiscoSambansa.
###